Children’s Hospital of Philadelphia, the oldest and top ranked children’s hospital in the United States, called Superior Scaffold to first come out and scaffold in a stairwell for removal of lights and mechanicals in a research center building on their new campus.

The hospital, located next to the University of Pennsylvania, then called Superior to return to the stairwell to see if they could adapt scaffolding, already in place, to provide shoring so a portion of the 8” concrete ceiling slab could be cut out and removed.  Estimator and scaffolding expert, Pat McAndrew, took one look at the job and said, “no problem”.  And then quickly came up with a solution to adapt the existing scaffolding into a superior shoring device.

The resulting design allowed the scaffolding to shore up the slab so it could be removed.  It’s this kind of quick thinking and customer service that makes Superior Scaffold number one in the Tri-State Area.

For all of your scaffold and scaffolding needs call Superior Scaffold at (215)743-2200.

Superior Scaffold was called out to the Frick Laboratory at Princeton University to build scaffolding for crews to get access to the 3 floors of the structure.  Crews will then install trash chutes so they can demo the entire interior of the building.

The Frick Lab is named after industrialist and art patron Henry Clay Frick (1849-1919).  The lab, built in 1929, housed the academic chemistry facilities for over 83 years making it one of the oldest functioning labs in the United States. 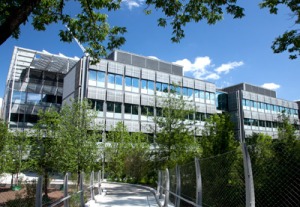 It has been moved into the gleaming new Frick Chemistry Lab.   It is part of the University’s commitment to green building.  You can read about the New Frick Laboratory here. 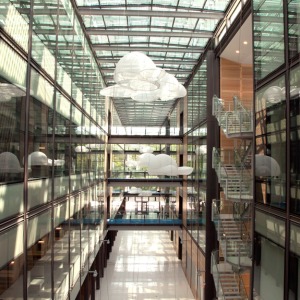 And you can watch video here.

You can really see the new building’s design here.

Atlantic City, NJ is vying to become the destination spot of  choice on the East coast.  Much like the growth a few years back in Los Vegas, Atlantic City is pushing to modernize, update, and transform into the premier hotspot on the coast.

Caesars Atlantic City Resort has been expanding and renovating constantly in the past decade with a new hotel tower, parking garage and shopping center.  It opened as Atlantic City’s second casino in 1979 as the Caesars Boardwalk Regency.  Like it’s counterpart in Los Vegas, Caesars has an ancient Roman theme and boasts 145,000 square feet of gaming area, 3400 slot machines and is now one of the largest resorts in the area. 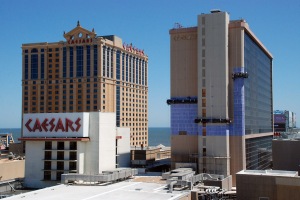 The major challenges faced on this job were the odd shapes and capacity swings that had to be built to allow crews access to all areas of the exterior of the building. 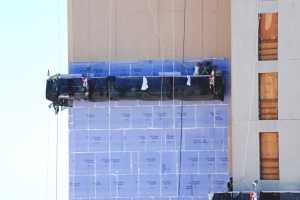 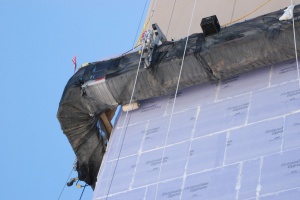 We also had a very rapid turnaround time.  In the end, the job was done in time and on budget allowing Caesars to have their new facade ready for their summer rush.

Caesars Entertainment operates the casino in Atlantic city.  (from their web site) Since its beginning in Reno, Nevada more than 70 years ago, Caesars has grown through development of new resorts, expansions and acquisitions, and now owns or manages casino resorts on four continents The company’s resorts operate primarily under the Harrah’s, Caesars and Horseshoe brand names; Caesars also owns the London Clubs International family of casinos and the World Series of Poker.