Every now and then, a really cool use for scaffolding comes across my desk, and this is one of those times.  Maybe I’m just genuinely curious as to how stuff works but I thought I’d pass this along. 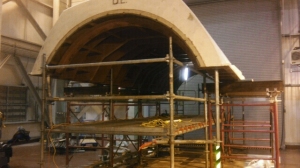 This is the top of giant electric turbine at the Calpine Energy, Delta, PA power plant.   The plant is a state-of-the-art, combined cycle, power generating plant powered mainly by natural gas.  The plant consists of 8 electric generators – and these photos are of one of those turbines!  Basically, these gigantic turbines spin around at amazing speed to produce electricity for cities and towns. 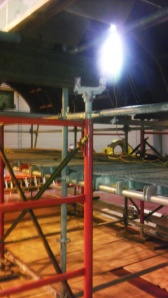 Calpine called Superior Scaffold out to construct support scaffolding around one of the giant Siemens V84.2 turbines so the top could be removed and stored while work was done inside.  As you can see from the photos, just the top of the turbine is enormous.  Once inside the turbine, crews had to pull the entire thing apart to find the problem.  Once that was addressed workers had to reassemble the entire unit – but this time they welded counter weights on the turbine to keep it spinning up to a tolerance factor of 1000th of and inch. 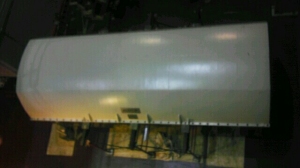 It always amazes me at the different uses for scaffold – and this is just another in a long list of cool applications.

For a more technical description of how their plant converts energy read this blurb from their website.

The plant works like this:  Steam for the steam turbines is generated in heat recovery steam generators – unfired boilers that get their heat from hot gas exhaust leaving the gas turbines. The combustion turbines, which primarily burn natural gas, can also run on low-sulfur diesel fuel oil. When combined, these two power cycles (the gas turbine and the boiler/steam turbine) create a highly fuel-efficient plant, consuming significantly less fuel than needed by a traditional fossil-fired boiler/steam turbine generator plant.  This conversion spins the turbines which in turn convert steam into electricity for Delta, PA customers.

A unique before and after look at Boathouse Row repair, Philadelphia, PA 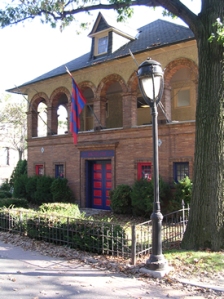 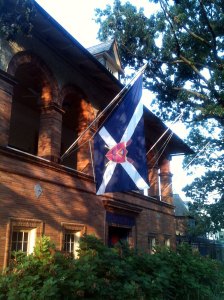 Bachelors boathouse #6, (built in 1893) is repairing part of the exterior of their house on Philadelphia’s historic Boathouse row.   Superior provided canopy protection for the side of the building while erecting system scaffold above – so crews could get access to the spots that needed repairing without hindering daily operations. 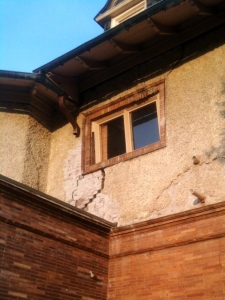 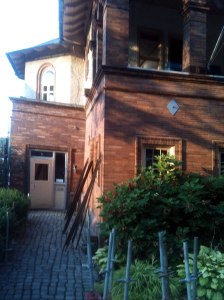 This is a unique opportunity to see a before and after view of the repair process.  As you can see in the first series of photos taken by Superior estimator, Pat McAndrew, there are large cracks in the facade of the structure.  And you can see just where they are located on the building and where crews will have to get access to affect repairs. 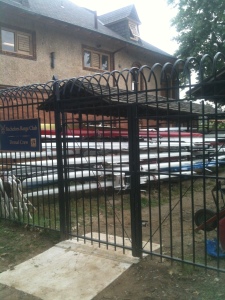 It’s Pat’s job to estimate the amount of man and materials it will take to finish the repairs.  And in many instances, it’s also his job to configure the best scaffolding approach to access the job. 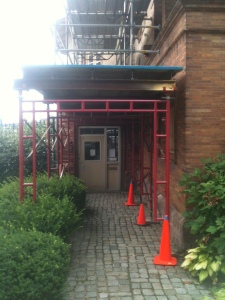 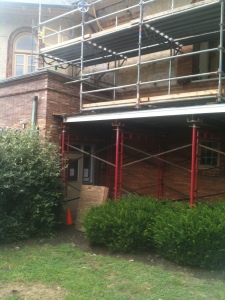 Here, he chose 767 Philly frames to construct a canopy (sidewalk shed) over the entryway so Bachelors members could use the building on a daily basis while work continued overhead.  This is a great way to keep business as usual for the buildings being worked on while creating a very stable platform for the work crews to complete their tasks above. 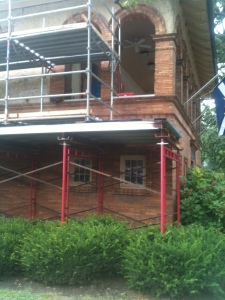 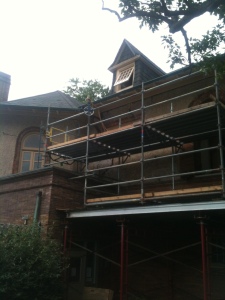 Pat also chose a series of system scaffold on top of the canopy to create different levels, in essence, for better access.  He also added a hoist and access ladders on the ends giving the scaffolding two separate levels.  It’s all very stable and easy to get equipment up and down. 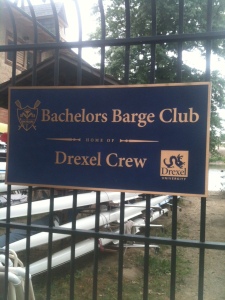 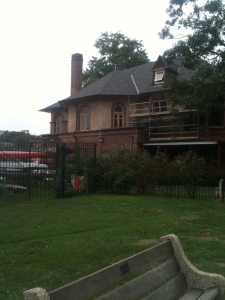 We will provide you with the finished photographs once the work is complete.

If you need an estimate for anything scaffold related (scaffolding, scaffold services, shoring, facade work, inspection) just give Pat a call.  He’s one of the best in the business.  (215) 743-2200.

The club originally housed its boats in a wooded shack on the north side of the Schuylkill River constructed for the imposing sum of $67.85.  Today its over 150 members row out of a stately brick boathouse constructed in 1893 on the original site, now known as #6 Boathouse Row.  The boathouse is also home to four high school rowing programs and the Wharton Graduate Crew.

Bachelors Barge has hosted high school rowing on a continuous basis since 1948 when Lower Merion initiated a rowing program.  Lower Merion was subsequently followed by Harriton High School, The Baldwin School, and Conestoga High School in that order.  Wharton Graduate is the most recent tenant to join Bachelors Barge however they have historical ties to the club going back to 1864 when George W. Wharton was an active member.

Boathouse Row is a historic site located in Philadelphia, Pennsylvania, on the east bank of the Schuylkill River, just north of the Fairmount Water Works and the Philadelphia Museum of Art. It consists of a row of 15 boathouses housing social and rowing clubs and their racing shells. Each of the boathouses has its own history, and all have addresses on both Boathouse Row and Kelly Drive (named after famous Philadelphia oarsman John B. Kelly, Jr.).

Children’s Hospital of Philadelphia, the oldest and top ranked children’s hospital in the United States, called Superior Scaffold to first come out and scaffold in a stairwell for removal of lights and mechanicals in a research center building on their new campus. 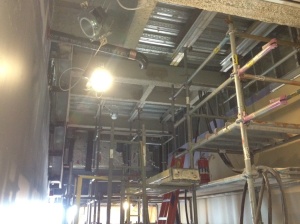 The hospital, located next to the University of Pennsylvania, then called Superior to return to the stairwell to see if they could adapt scaffolding, already in place, to provide shoring so a portion of the 8” concrete ceiling slab could be cut out and removed.  Estimator and scaffolding expert, Pat McAndrew, took one look at the job and said, “no problem”.  And then quickly came up with a solution to adapt the existing scaffolding into a superior shoring device. 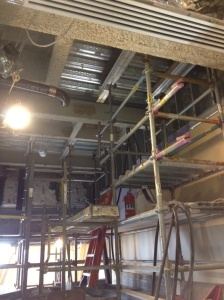 The resulting design allowed the scaffolding to shore up the slab so it could be removed.  It’s this kind of quick thinking and customer service that makes Superior Scaffold number one in the Tri-State Area.

For all of your scaffold and scaffolding needs call Superior Scaffold at (215)743-2200.

Here is a video tour of the scaffolding and the Mother Mary statue on top of Our Lady of Lourdes Medical Center in Camden, NJ. It clearly shows the damage that the earthquake did to her as well as the necessary guy-wires to hold her down in case of aftershocks. Superior Scaffold had to transport all of the scaffolding materials through a maze in the hospital and even assemble most of the sections on a lower roof and then hoist them up where they could be put into place. You can see the difficulties in just getting to the statue in another video I posted called access.

You can help restore the statue on to of Our Lady of Lourdes by clicking here: