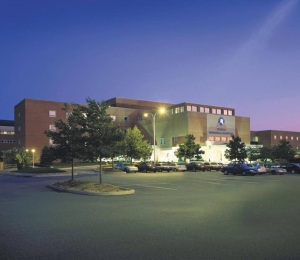 Riddle Memorial Hospital has embarked on two-year expansion designed to increase its emergency-room capacity by 60 percent.  The two-phase project is anticipated to cost $16.5 million and will expand the emergency room by 4,000 to 5,000 square feet.  Riddle has 33,000 visits annually to the emergency department.  The hospital, which was built in the 1960’s, was made to only accommodate 25,000 to 28,000 visits so this is a much needed expansion. 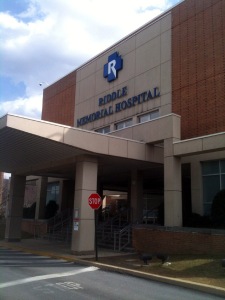 The restructuring caused the admissions and registration area to be relocated to the east of where it is now, and the main hospital entrance to move west.  So the call went out to Superior Scaffold. 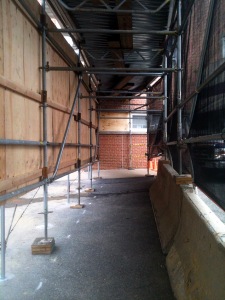 The entrance was relocated and it was Superior’s job to build a structure that would provide access and protection for incoming emergency patients.  “The challenge was to keep the emergency room open while all of the renovations were going on inside,” said Pat McAndrew, of Superior.  “We basically had to create an entirely new entry point for the emergency room.”

The structure was built using system scaffold and aluminum trusses.  Riddle had limited room so we had to set legs of the canopy on top of jersey barriers on one side.  They wanted plywood on the construction side and debris netting on opposite side.  The Jersey barriers were set in place so customers could park in front of the new entrance. 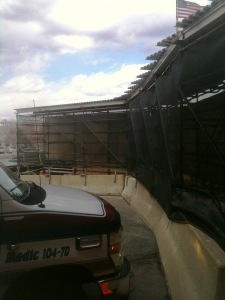 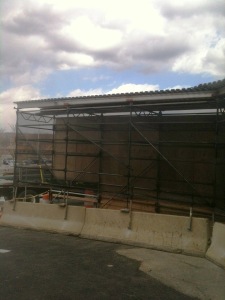 But because it was on black top we had to use our patented trailer tie downs to anchor the one side.  We drilled and anchored into the jersey barriers on the other side. 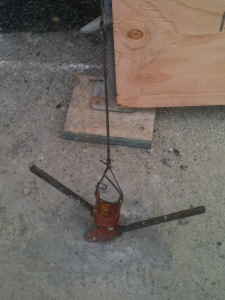 In the end, we provided exactly what they needed so the rennovation could continue and the hospital remain open for business.   And a shout out to the hard working crew who consistently goes above and beyond the call of duty erecting these complicated jobs! 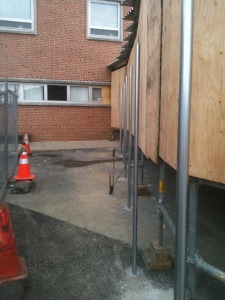 Phase Two is still in the design stages, but is expected to begin construction in June after the Rapid Evaluation Unit is complete. It is estimated it  will cost $15 million.  Riddle Memorial Hospital is located at 1068 W Baltimore Pike  Media, PA 19063.